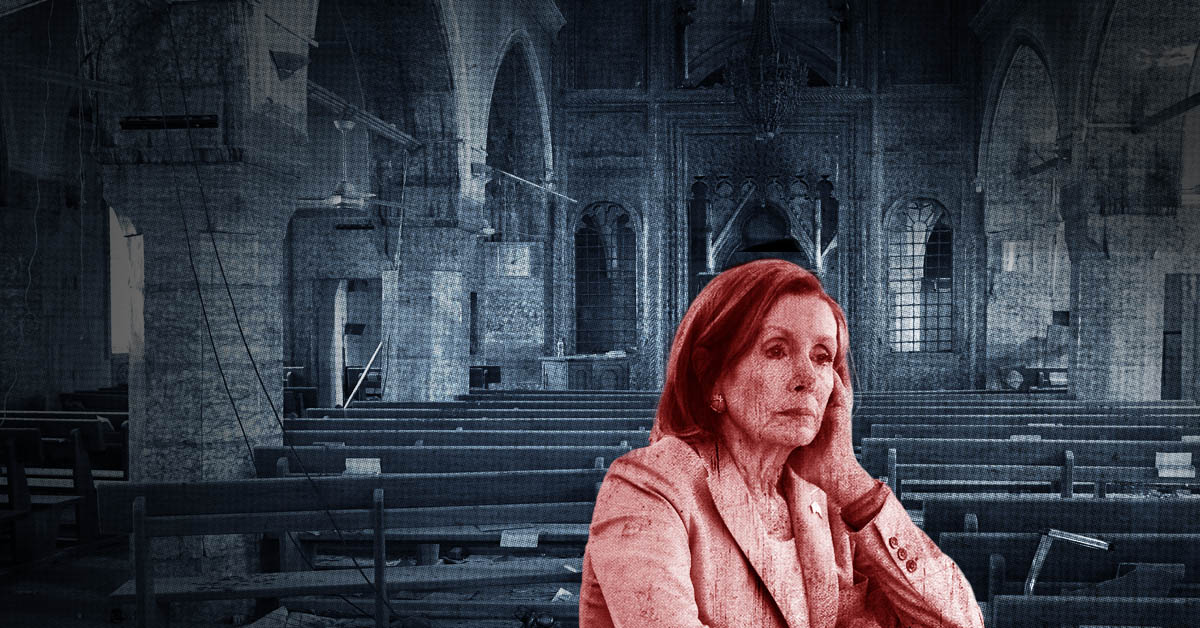 Nancy Pelosi, a 2014 recipient of Planned Parenthood’s Margaret Sanger Award, insists that she is a devout Catholic. Her words mean nothing, of course, because her actions expose her devotion to killing babies. As Pelosi says, she would never presume to “make decisions” for other women. Not only that but Pelosi opines that taxpayer funding of abortion is “an issue of fairness and justice for poorer women in our country.”

And there’s the rub! Webster’s defines a devout person as someone who professes piety or religious fervor. It does not say that someone who embraces and promotes murdering people is a devout attitude. In fact, we know this act is morally reprehensible.

Yet Pelosi is not alone. President Joe Biden is said to be a devout Catholic as well, but he is also committed to abortion on demand. While the media has suggested that, because he favors abortion, Biden is in tune with a majority of Catholic Americans, that is really not the point.

Biden supports an evil that is totally contrary to the teachings of the Catholic Church. Biden is not in tune with God and His Commandments. And that is what matters.

There are, of course, many others who gain access to the spotlight because of their devotion to aborting babies, not to mention eliminating the elderly. We think of such individuals as pro-abortion Catholic New Mexico state senator Joseph Cervantes, who was denied Communion by his bishop, Peter Baldacchino, of the Diocese of Las Cruces. Cervantes had been invited to speak with his bishop about his support of abortion but never responded to him.

After the fact, Cervantes criticized his bishop for his actions, tweeting: “Please pray for church authorities as Catholicism transitions under Pope Francis,” leading us to believe that Cervantes actually thinks Pope Francis is pro-abortion. If that is not a case of absurd hubris, nothing is.

We also see the case of Congressman Ted Lieu daring the bishops to deny him the Eucharist. In a Tweet, he pronounced this dictum:

Indeed, Lieu’s comments are another case of prideful disregard for Catholic teaching.

And of course there is the governor of New York, Andrew Cuomo, who has apparently so charmed our Catholic pro-abortion president with his winning personality and devious mind that Biden’s Department of Justice has dropped the investigation of Cuomo in the matter of thousands of elderly nursing home patients dying of COVID-19 due to Cuomo’s failed policies.

Cuomo’s anti-life philosophy is well known, as is his disdain for the Catholic Church.

After Governor Cuomo signed the state’s radical Reproductive Health Act, he said in an interview:

Here we have a selection of devoutly corrupt self-identified Catholics who appear to be literally getting away with murder. So the question is, where are the bishops?

Tune in on Friday for part II of this article to find out where they are!