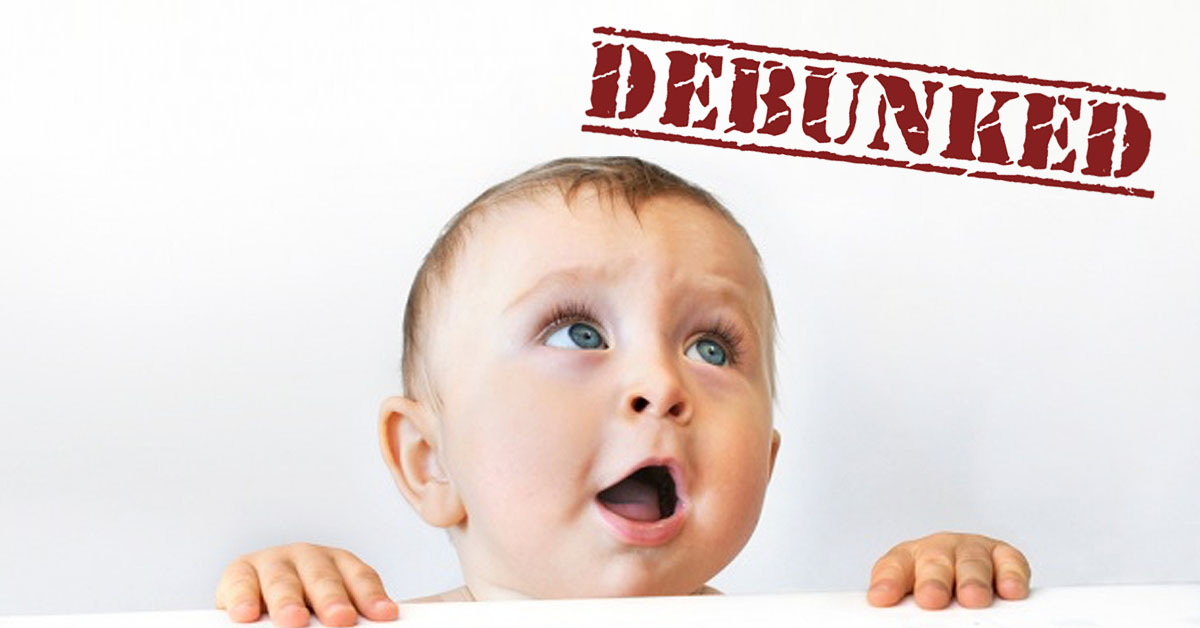 The passage and signing of Georgia’s “Heartbeat Bill,” or HB 481, have caused a media storm of myths about what the bill means for women—specifically those who suffer miscarriages. Politicians, pundits, and major media outlets have made illogical claims that the bill puts women at risk of prosecution and even life in prison for the devastating loss of their preborn children. But that and all the other myths are merely fearmongering by abortion advocates.

Major media such as Glamour, Slate, and Business Insider are making outlandish claims that women who miscarry could face investigations, and if convicted, spend 30 years to life in prison. Senator Jen Jordan, D-Atlanta, addressed the Georgian Senate in March, wrongly claiming that women who miscarry would face investigation and possible prosecution. Jordan claimed that “any woman who suffers a miscarriage could be subject to scrutiny regarding whether or not she intentionally acted to cause that miscarriage.”

Let’s debunk six of the most prevalent myths out there about the heartbeat bill.

Myth 1: The Heartbeat Bill treats miscarriage and abortion the same.

This is false. According to the bill, “abortion” is the “act of using, prescribing, or administering any instrument, substance, device, or other means with the purpose to terminate a pregnancy with knowledge that termination will, with reasonable likelihood, cause the death of an unborn child.” But, if these acts are done to remove a miscarried (in other words, already deceased) preborn child caused by “a spontaneous abortion” or to treat an ectopic pregnancy, then these acts would not be considered an abortion. A spontaneous miscarriage is defined in the bill as a miscarriage or stillbirth.

Myth 2: Those who commit illegal abortions will face 30 years to life in prison.

This isn’t true. The Heartbeat Bill changes nothing about how those who commit illegal abortions are punished. Georgia Code Section 16-12-140 clearly states that “a person convicted of the offense of criminal abortion shall be punishable by imprisonment for not less than one nor more than ten years.” Based on this law, which still stands regardless of the Heartbeat Bill, the maximum sentence for a practitioner who commits an illegal abortion is not more than 10 years, and even then, the abortionist would be prosecuted, not the woman.

READ >>  Miscarriage: The Heartbreak and the Lies

Myth 3: Women will be prosecuted for illegal abortions.

It’s already been established that no woman would go to jail over an abortion at all, never mind spend 30 years to life in prison. The code states that only the person who “administers any medicine, drugs, or other substance whatever to any woman or when he or she uses any instrument or other means whatever upon any woman with intent to produce a miscarriage or abortion” would be punished. That means 1) those who commit an abortion after a fetal heartbeat is detected would not receive life imprisonment, and 2) only the third party individual who commits the abortion would face prosecution—not a woman who undergoes one or who commits a self-abortion.

David French reports at National Review: “In Hillman v. State, the Court of Appeals of Georgia rejected the prosecution’s effort to imprison a woman who shot herself in the stomach to kill her unborn child. Interpreting Section 16-12-140, it said, ‘This statute is written in the third person, clearly indicating that at least two actors must be involved.’ Accordingly, it ‘does not criminalize a pregnant woman’s actions in securing an abortion, regardless of the means utilized.'”

As Erick Erickson points out in a piece for The Resurgent:

Since 1876, Georgia has prohibited the prosecution of any woman for the death of her child in utero and it is clear law in Georgia that a ‘pregnant woman upon whom the abortion procedure was performed cannot be indicted for this offense.’” He goes on to say that in the case of Hillman, the court made it clear that under Georgia law, a woman can’t be charged for the death of her preborn child under any circumstances. The Heartbeat Bill doesn’t change any of this.

READ >>  Why Miscarriage Matters When You're Pro-Life

Not only does the bill not criminalize women, but it states, “Any woman upon whom an abortion is performed in violation of this Code section may recover in a civil action from the person who engaged in such violation all damages available to her under Georgia law.”

Myth 4: Women will be investigated for miscarriages.

“This is the most harebrained, inconsiderate, illogical ridiculous idea I think I’ve ever heard,” Joshua Edmonds, executive director of Georgia Life Alliance, said of the myth on Facebook. “Not only does our law not actually change anything about the current law dealing with miscarriage, it provides an additional layer of protection for mothers who suffer through the pain of child loss in the womb.”

Approximately 15 to 25 percent of confirmed pregnancies are thought to end in miscarriage. It’s ludicrous for anyone to think that women would have to prove they are innocent of illegal abortions after suffering miscarriages, especially since they can’t be prosecuted for illegal abortions anyway.

Still, the Washington Post made the claim that a woman who miscarried might have to prove so if her doctor were being investigated for committing illegal abortions. However, HIPAA laws would protect a woman from having to do such a thing. While the local district attorney could have access to health records, the women’s identities would be protected by law. It has been this way for years, and the Heartbeat Bill did not change it.

Myth 5: If a woman from Georgia obtains an abortion in another state, she would face charges.

Social media rumor has it that because the new Georgia law makes preborn children legal persons when a heartbeat is detected, it would mean that if a woman drove to another state to obtain an abortion which is legal in that state, she could be charged with murder or conspiracy to commit murder. This is not true. Georgia law can’t charge anyone for a crime committed in another state in which the act is not a crime. Just as people who live in a state where gambling is illegal can’t be arrested for gambling in Las Vegas, the same rule applies to women who travel for an abortion. In fact, this already happens in cases of late-term abortions in which women leave their home state (where it is illegal) in order to undergo a legal one in another state.

Myth 6: The Georgia bill will be struck down because other heartbeat bills have been.

Not necessarily. The fact is that no other abortion law in the country has ever been written like the Georgia one in which the child in the womb is a person. This is important because in the Roe v. Wade decision, Justice Harry Blackmun stated, “If this suggestion of personhood is established, [Roe’s] case, of course, collapses, for the fetus’ right to life would then be guaranteed specifically by the [14th] Amendment.” The Georgia Heartbeat Bill addresses this parameter set by Roe, something no other Heartbeat Bill has done. Saying the preborn child is a person presents a novel question to the court.

Nancy Flanders is a Catholic wife and mother of four. She is an assistant editor for Live Action News and a contributor for Catholic Digest and CatholicDigest.com. When she’s not working, she’s homeschooling her children or planning home projects with her husband. You can read more of her pro-life writing at LiveActionNews.org.

This article has been reprinted with permission and can be found at liveaction.org/news/women-miscarry-jailed-georgia-heartbeat-myths-debunked/.