Death and the Pontifical Academy for Life

Home . Publications . Death and the Pontifical Academy for Life 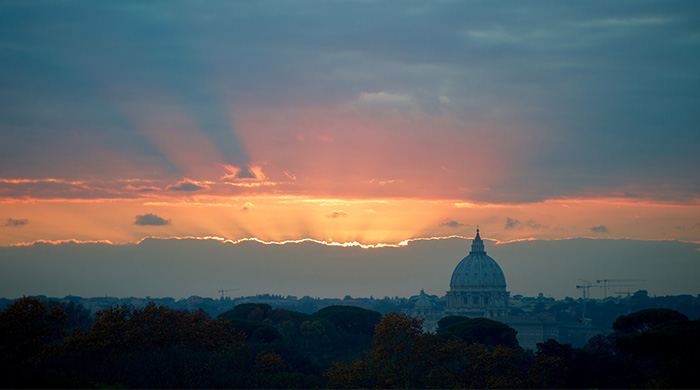 Death and the Pontifical Academy for Life

Part II in the series “Draining the Swamp”

When Pope Francis emptied the Pontifical Academy for Life of its membership last year, a great wave of sadness washed over me and many others. At that time I wrote: “The Pontifical Academy for Life is undergoing an overhaul by Pope Francis and his political operatives within the Vatican’s hierarchy, and it is one of the most heartbreaking events I have seen in my lifetime. But given the politics of the Vatican, it is not surprising.”

As it turns out, the reconstituted Academy has already lived up to my worst expectations. First, there is the president of the Academy—Archbishop Vincenzo Paglia. Paglia is the chief spokesperson for the flawed Vatican sex education program entitled The Meeting Point: Project for Affective and Sexual Formation and also an advocate of what he called “private law solutions” for people living together in same sex unions and other such arrangements.

Then there is the newly defined mission of the Academy, which “allows it to respond more effectively to the many challenges that the Ethics of Life presents to believers and to all men and women who ask themselves what it means to live a truly human life.” What this means in the context of the consistent teachings of the magisterium of the Church, the Bible, and the Catechism itself remains to be seen, but among the new appointees to the Academy we find many reasons to be concerned.

For example, one of the appointees is Nigel Biggar, an Anglican professor of moral and pastoral theology at the University of Oxford. Biggar has supported aborting children up to and including 18 weeks gestational age and has also expressed qualified support for euthanasia. This is troubling given that, under the guidance of St. John Paul II and his successor, Pope Benedict XVI, the Academy developed a body of well-written documents supporting Catholic teaching on these very topics and many more, including experimentation on the human embryo, gene therapy, and infanticide. We are left wondering if all this work will be set aside by a more modern, less doctrinal approach.

And it is not just the Biggar appointment that troubles us. Kathleen Foley, MD, has also been appointed to the Academy. In the past, Foley was director of the George Soros Open Society program Project on Death in America. She was also instrumental in defining “palliative care”—a practice that has often been employed in cost-saving measures that can prematurely end a patient’s life.

We had hoped the Pontifical Academy for Life would continue voicing the truth as taught by so many saints and doctors of the Church. Yet today it seems to have lost its way. Pope Francis has created a revised version of the sainted Pope John Paul II’s vision that is not only scary, but also in many ways ugly to behold.

However, no matter who or what might make an effort to alter them, the Catholic Church’s authentic teachings on respect for the dignity of the human person will not change.

Remember that draining the swamp is a spiritual battle. When we think about draining the swamp, we must include prayer as well as awareness of the truth and what it means. Pray for the new members of the Academy, that God may work His miracles in their lives. Fast and pray for our Holy Father; he needs our prayers and sacrifices now more than ever. And pray for clarity and unity within the pro-life movement. As St. John Paul II wrote in Veritatis Splendor: “The Church has always taught that one may never choose kinds of behavior prohibited by the moral commandments expressed in negative form in the Old and New Testaments. As we have seen, Jesus himself reaffirms that these prohibitions allow no exceptions: ‘If you wish to enter into life, keep the commandments. . . . You shall not murder, You shall not commit adultery, You shall not steal, You shall not bear false witness.’”

It is clear that even though the newly revised Pontifical Academy for Life has members who are not in line with Catholic teaching when it comes to the moral law, we know that we are. The future of the pro-life movement is where it has always been—in the hands of people who are dedicated to building a culture of life, no matter the cost to themselves or their families. New appointments and Vatican announcements will never change our vision of a world that honors and respects the dignity of every single human being—from the very first moment of creation until death.

Above all, we must not allow ourselves to be derailed from our course or lose sight of our vision. With God, all things are possible. We know that we stand with Christ and that only in Him will this swamp finally be drained of the muck.

In addition to your prayers, if you feel called to do so, you can write to the Holy Father at the Vatican to lovingly express your concern about the Pontifical Academy for Life and remind him that he is in your prayers.