Home . Publications . Create Your Own ‘Tilma’ 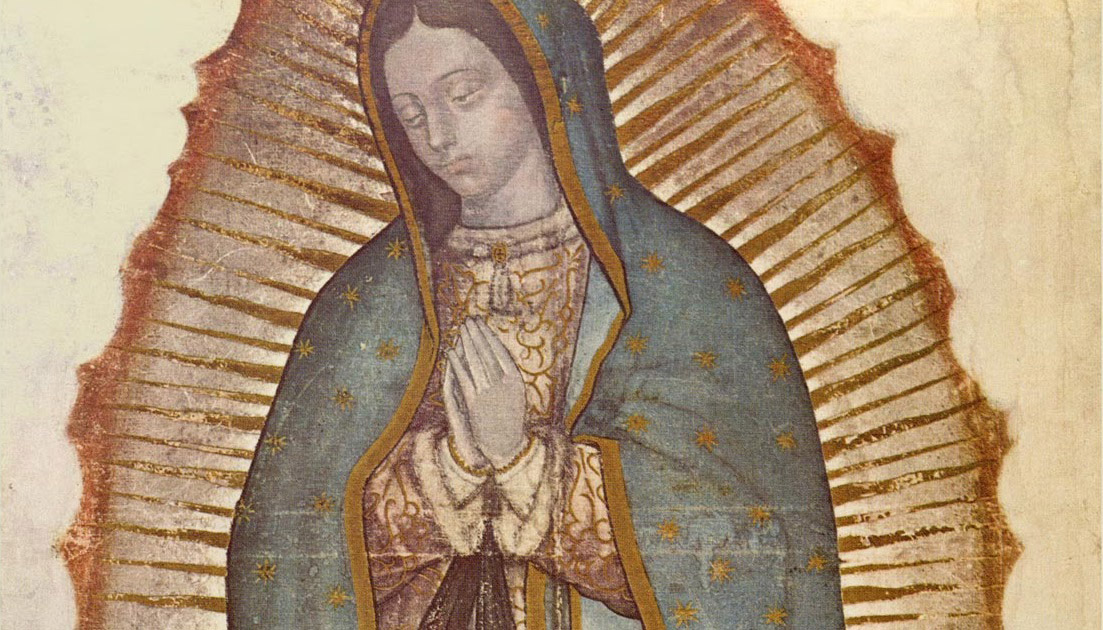 Building a culture of life and helping others see the truths that we see every day—that every person was created with dignity by a God who loves us immensely—can often be difficult to do. Sometimes people cannot see, or they refuse to see, the everyday miracles in life that point to the existence of God. That’s why sometimes He must send His mother. He has done that several times. This week, we celebrate one of those occasions.

The Miracle at Tepeyac Hill was just that—a miracle. In December 1531, our Blessed Mother appeared to Juan Diego—an Aztec who had converted to Catholicism. She asked him to go to the local bishop and tell him that she wanted a church built on Tepeyac Hill.

When Juan Diego did as he was instructed, the bishop asked for proof. Juan returned to Mary and told her what the bishop said. She pointed him in the direction of roses that had inexplicably grown on the hill. He picked them and put them in his tilma (or cloak) to hold. Mary arranged them and tied the ends securely so that none would fall out.

Juan went straight to the bishop with the flowers. When he let them fall out of the tilma and onto the floor, the bishop, too, fell to the floor, for he saw the miraculous image of Our Lady of Guadalupe on the tilma.

In 1519, the Spaniards, led by Hernan Cortes, arrived in Mexico. Immediately, they were appalled by the Aztec religion and the human sacrifices they performed. Cortes begged and pleaded for the Aztec leader, Montezuma, to stop, and finally he did for a short period. But this was not the end. During this turbulent time, Cortes had to briefly leave the country, and when he returned the next year, war had broken out. Montezuma died in the war, and the Spaniards were driven out. They returned in 1521 to find that nearly half of the population had died of smallpox. War began again, this time ending with a Spanish victory. They began to convert the people of the area, building Catholic churches throughout. One of the converts was young Juan Diego.

God often uses the meek, the unassuming, or even children to get His point across or to do His will. He knew that Juan Diego would be the perfect person to guide others. That is why He sent His mother to him. The stunning image of Our Lady—who appeared as an Aztec princess—touched the hearts and minds of the Aztecs because they felt she was speaking directly to them, using symbols they would understand. Did you know that each of the parts of the image on the tilma actually mean something to the Aztecs?

READ >>  Protection for Every Baby—Preborn and Born

Jesus had sent His mother as a sign to the Aztecs that she was to bring them to Christ through her. And it worked! Over 10 million Aztecs converted in the next 10 years.

Building a culture of life through Mary

What if we all tried to do what Juan Diego did—to bring Mary to others to help build a culture of life? We may not be able to convert millions, but even if we just change one heart or one mind, we will have succeeded.

During this week when we have two special days devoted to Mary, let us reflect on how we can be more like her and how we can all create our own “tilmas” to help others see pro-life truths.

What does that mean? Juan Diego’s tilma brought Mary to where she was barely known. Think about some of the ways we can use Mary to bring others to Christ.

You could talk with your children and use our downloadable lesson entitled Our Lady of Guadalupe: Honoring the Patroness of Preborn Children to help them understand—and then articulate to others—the truth behind this beautiful miracle.

You could pray the Rosary alone or with your family for an end to threats to the dignity of human life.

You could post images and stories of Our Lady of Guadalupe on your social media threads encouraging people to learn more about her.

You could take images of Mary with you as you pray outside of an abortion facility.

You could do random acts of kindness in Mary’s name, not just this week, but anytime! Pay for the person behind you in line. Leave a little extra tip for your waitress and add a note explaining why. Bake cookies for people in nursing homes, pregnancy help centers, at your child’s school, or for anyone who helps protect the dignity of others. Add a note that you were inspired to do so by the mother of Christ.

READ >>  Advent and the Culture of Life

After all these years, the original tilma has not decayed. Think about how your actions and words will affect others and how you can use them to bring about a culture of life. When we invoke the help of Mary to bring others close to Christ, we cannot go wrong. And we will make a difference. All we have to do is create a tilma of our own.

This article has been reprinted with permission and can be found at cultureoflifestudies.com/clsp-blog-divi/create-your-own-tilma/#.XfD1fFdKjIU.