Changing the World One Baby at a Time

Home . Publications . Changing the World One Baby at a Time 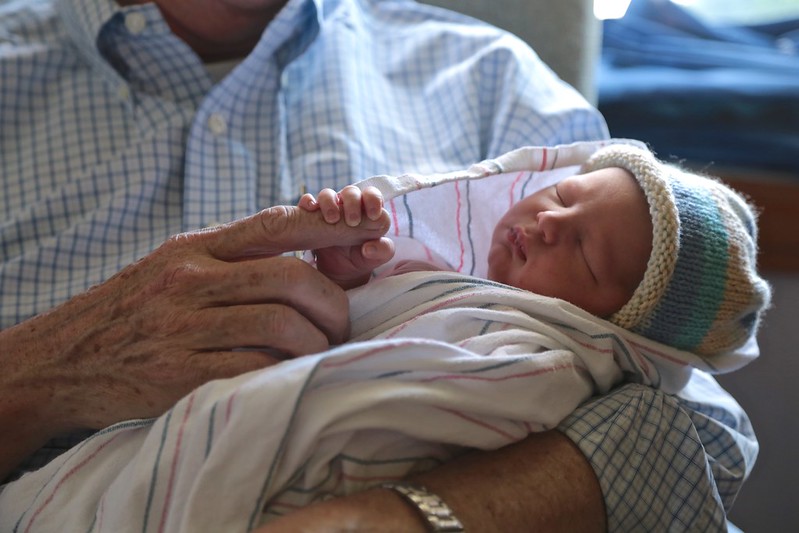 Changing the World One Baby at a Time

The words of Senator Chuck Schumer recently directed toward two Supreme Court justices have reminded me of why we are pro-life and strive to protect every innocent human being from his biological beginning until his death. Schumer angrily said:

“I want to tell you Gorsuch, I want to tell you Kavanaugh—you have released the whirlwind, and you will pay the price. You won’t know what hit you if you go forward with these awful decisions.” The crowd he spoke to cheered.

Such vitriol embodies everything you need to know about those who view the act of abortion as sacred. This past Wednesday, women carried signs with phrases on them such as “we won’t be punished” and “we won’t stop.” Such placards suggest that sexual license demands that women be protected while they pay to have their babies killed or kill their children themselves by ingesting pills. Abortion has become their religious dogma, while pro-abortion leaders like so-called Catholic Nancy Pelosi tell us that late-term abortion is “sacred ground”!

Such virulent language speaks to us as well. It tells us that our work is far from over and at the very least must have nothing to do with politics. In fact, I daresay that political involvement has diminished the pro-life message. Our work must focus on saving the baby, embracing the expectant parents, and offering love, not partisanship.

There is much wisdom to be gained by reframing pro-life efforts in terms of life or death, motherhood or murder, sanctuary or graveyard. These are all words even our children understand.

Paola Victoria Castillo, age nine, wrote an essay for the Culture of Life Studies Program’s essay contest that the women screaming in front of the Supreme Court might do well to heed:

Even though I am only a child, I can wholeheartedly and cheerfully respond to Jesus’ command to tend to the least of these in my immediate family, my extended family, and my community. As I pray for others, care for my younger sibling, pass on a smile to my relatives, or witness to the preborn and the poor, I am caring for the least of these. By giving of my time, talent, and treasure, I am doing small deeds with great love for Jesus and aiming for the goal of heaven!

These loving words demonstrate how an end to abortion will really come about. Paola is not a politician; she is a young girl who is touching hearts—one by one—and caressing them in her little hands for Jesus. So too must we!

Eighth grade student Eleni Arakas wrote an essay in which she stated: “God always says we should love each other as ourselves. If women abort their babies, do they love them as they love themselves? Of course not.” Eleni points out that there are many better choices for expectant mothers to make that result in saving lives, not killing them. Among them, she mentions adoption.

Adoption is no longer a taboo topic but is increasingly viewed as a loving option, especially for the preborn baby whose mother chooses life followed by what is best for her baby.

Indeed, University of Notre Dame professor Timothy O’Malley tells us exactly why adoption is one of the most effective tools we pro-lifers need to discuss with greater zeal rather than spending time wasting words on politicians who only want to compromise the babies away.

Adoption is a radical pro-life practice. That’s not because adopting parents necessarily save children from abortion—some do, and some don’t. Instead, adoption provides an antidote for our culture’s reductive philosophical anthropology, which sees us all as atomized individuals in competition with one another for scarce resources. In truth, the human creature is made from the beginning for love. It is possible for an adopting parent and adoptive child to share the deepest kind of love, not simply a paltry shadow of biological parenting. This infinite love is possible because the child is created for this love from the beginning of his or her existence. The child is gift. And adoption reveals this fact, whether or not a biological mother or father recognizes it.

The remedy for ending the toxic grip the death mongers have on the culture does not involve politics. It is our individual commitment to do the challenging thing—the work of embracing the truth that we can change the world by saving it, one baby at a time.