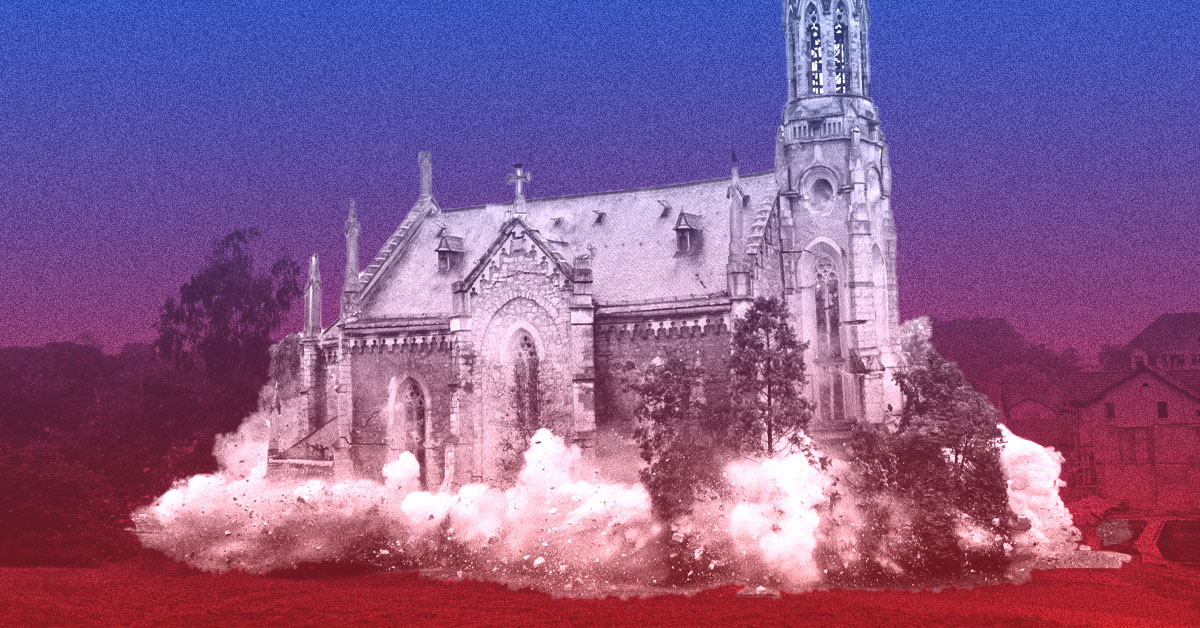 By Judie Brown
(#13 in our Cancel Culture series)

While it is clear that many today believe they have the power to cancel God, the truth is that canceling God is impossible!

What isn’t impossible, and in fact happens with greater frequency every day, is defiance of God’s law (also known as the natural law) with an arrogance that defies logic.

According to the Catholic dictionary, the natural law comes from God and “everyone is subject to it from birth . . . because it contains only those duties which are derivable from human nature itself, and because, absolutely speaking, its essentials can be grasped by the unaided light of human reason.”

Professor Dianne Irving stated the same in an article entitled “Abortion: Correct Application of Natural Law Theory.” She wrote that natural law theory should be ideal for a society like our own because we all have one fundamental thing in common: We are human beings. She went on to explain that “the primary precepts of the natural law will be the same for all of our citizens by virtue of their common humanity, and these precepts cannot be changed because our human natures, and what is objectively and fundamentally good or bad for them, cannot change.”

But this simple statement is rejected by far too many thinking human beings who have freely chosen to deny the fundamental truth that God exists. Such people prefer instead to follow their personal views about what is right or wrong. “My truth”—the woke term for this mentality—is a pretentious substitute. We might add that, among those who embrace this flawed precept, practical reason leaves the room. When that happens, the disconnect with truth is complete.

Were this not the case, there would be no need for Contend Project’s Brooke Stanton to write: “The Catholic Church must align itself with empirical facts. The final document that emerges from the USCCB meeting must spell out to ordinary Catholics, and to the world at large, that arguments in favor of abortion clash not only with Church teaching but also with objective scientific reality.”

Yet, we have seen many Catholic bishops who have their own truth and who neither embrace nor teach the science that Stanton explains in her article.

In this state of disarray, we also see that, when practical reason departs from the medical profession, we hear about doctors who need support groups to deal with progressive ideology in their hospitals, including the beliefs of people like the psychiatrist who told an audience at Yale that she had fantasies about killing white people.

Furthermore, if practical reason set the standard in Catholic schools, administrations would not be hiring diversity consultants instead of experts to teach the Catechism of the Catholic Church.

In what universe are these things normal?

It seems that wherever we find denial of God’s creative love of each person, serious problems take hold. Too many of our fellow Americans do not respect human dignity. They reject the selfless practice of care for the sick. They decry principled education of the young, and they fail to provide guidance to the faithful.

Though there is much more we could say, the obvious fact is that, when human beings fail to seek and embrace God, great sadness is bound to follow.

Such people are suffering under the misguided notion that personal truth is somehow more acceptable than obeying the laws of God and surrendering to His divine providence.

But this is not a new phenomenon, and people of faith have long suffered the consequences of remaining steadfast. We recall the life of St. Joan of Arc, for example, who heard the voices of the saints and valiantly followed their lead—even unto martyrdom—because she refused to accommodate evil.

St. Joan’s insightful comments about life inspire us even today to stand strong in defense of our Lord and His Church. As she once said: “One life is all we have and we live it as we believe in living it and then it’s gone. But to surrender what you are and to live without belief is more terrible than dying—even more terrible than dying young.”

More than ever before, we must follow the example of heroic saints and remain steadfast in word and deed. Though the cancel culture may try, the truth is that nobody can cancel God.