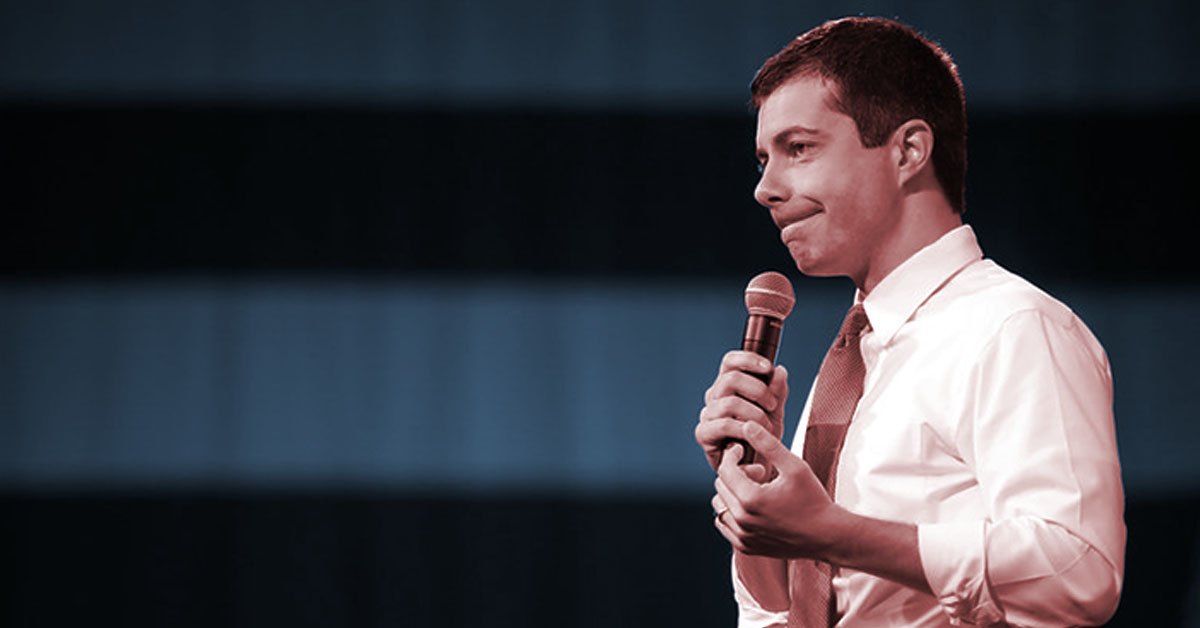 [Pro-life people] hold everybody in line with this one piece of doctrine about abortion, which is obviously a tough issue for a lot of people to think through morally. Then again, there’s a lot of parts of the Bible that talk about how life begins with breath. Even that is something that we can interpret differently. . . .

No matter what you think about the cosmic question of how life begins, most Americans can get on board with the idea of, “I might draw the line here. You might draw the line there.” But the most important thing is the person who should be drawing the line is the woman making the decision.

Though Buttigieg vaguely referenced the “parts of the Bible” that talk about life beginning with breath, he never offered specific examples, and he clearly forgot about the biblical passages that discuss God’s plan for us before we are born and that babies are alive in the womb.

However, the fact that he references the Bible is disturbing, mainly because those who fall prey to the fallacy of believing anything someone in authority tells them and those who are not educated will hear his words and mistakenly believe that he’s an authority on the matter.

This couldn’t be further from the truth.

Let’s begin with Genesis 2:7: “Then the LORD God formed the man out of the dust of the ground and blew into his nostrils the breath of life, and the man became a living being.” Maybe Buttigieg misunderstood this passage of how the first man—and only the first man—was created. In addition, maybe he didn’t understand that, when Ezekiel 37:6 says “I will put sinews on you, make flesh grow over you, cover you with skin, and put breath into you so you may come to life” that this passage was a figurative account of God’s creation of the new Israel, not an actual human being.

However, we cannot mistake the passages that clearly tell us the truth that preborn babies are indeed alive before they take that traditional first breath outside the womb. Jeremiah 1:5 says: “Before I formed you in the womb I knew you, before you were born I dedicated you, a prophet to the nations I appointed you.”

Ecclesiastes 11:5 says: “Just as you do not know how the life breath enters the human frame in the mother’s womb, so you do not know the work of God, who is working in everything.”

And then in Luke, chapter 1, an angel tells the father of John the Baptist: “He [John] will be filled with the Holy Spirit even from his mother’s womb.” Luke goes on to say: “When Elizabeth heard Mary’s greeting, the infant leaped in her womb.”

Only live babies can leap.

Yet, regardless of biblical passages, we have scientific proof that human life begins when a woman’s egg is fertilized. It’s quite simple. That tiny baby is a unique and unrepeatable human being with his own DNA from the very beginning.

Buttigieg talks about drawing a line, as if the existence of a live baby is up for debate. Denying the existence of a baby does not make that baby nonexistent.  The only line we should draw is the one between right and wrong and between wickedness and righteousness. Any other is an affront to both God and the baby.