Archbishop Gomez Backtracks After ALL Officials Expose His Previous Comments 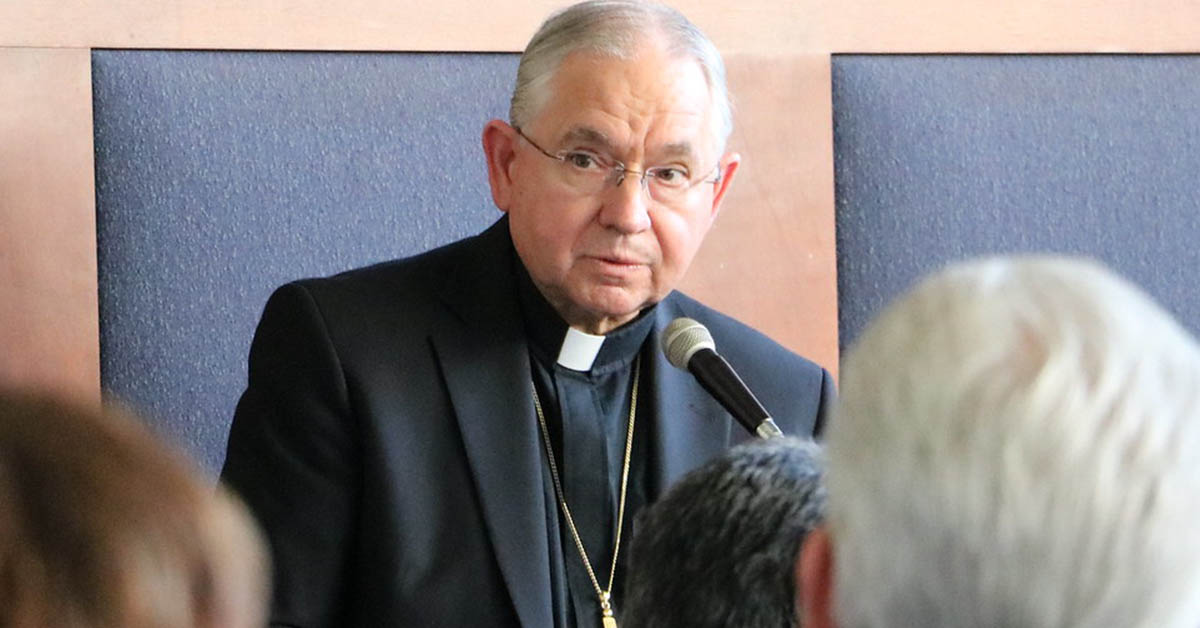 Archbishop Gomez Backtracks After ALL Officials Expose His Previous Comments

Brown: “I find it totally unbelievable that the same man who commended Biden less than a week ago is now backing off and suggesting concern about Biden’s role in abortion.”

WASHINGTON, D.C. (20 November 2020) — American Life League officials issued the following statements today following comments from Archbishop José H. Gomez of Los Angeles where he backtracked regarding Joe Biden. Just last week, the Archbishop congratulated Biden who is openly pro-abortion and yet claims to be Catholic. Now, following criticism from ALL officials, the Archbishop is backtracking on his previous statement.

ALL president Judie Brown expressed her take on the comment reversal:

Archbishop Gomez is rolling the dice with the lives of preborn children. I find it totally unbelievable that the same man who commended Biden less than a week ago is now backing off and suggesting concern about Biden’s role in abortion. After all, Biden has been a pivotal part of the abortion cartel for the past 47 years! What a sham!

If Gomez is serious, deny Biden the Eucharist now, demand that every bishop concur, and make that demand public. Nothing less is acceptable. Transparency from the United States Conference of Catholic Bishops is totally lacking. God help the Church, and God help the babies.

We need leadership from our bishops and their flawed, politically motivated USCCB, not gamesmanship!

ALL executive vice president Hugh Brown expressed the mass confusion these actions cause, and in the end, its negative effects on the Church:

Archbishop José Gomez, the President of the USCCB, called the “situation” with Joe Biden claiming to be Catholic while dedicating his life to supporting abortion, homosexuality and death, “difficult and complex.”

The USCCB is a sham. It has no authority in the Catholic Church. Conferences of Catholic Bishops were created to give cowards cover and sow the seeds of division and confusion. Isn’t it just astounding, that after spending his entire public life the last 47 years lustfully and enthusiastically supporting death and causing immeasurable harm, that now, the USCCB, after previously scandalously and falsely congratulating the devil’s advocate Joe Biden, they now want to “form a working committee” to study the situation? 47 years of crickets and cowering in dealing with abortion Joe Biden and now they are going to form a working group? There is behavior that cannot be tolerated. In today’s gospel reading, Jesus drove the money changers out of the temple. He did not form working committees. He did not seek the worldly wisdom of a bureaucratic conference. He took direct action. The leadership of the Catholic Church in many places is long dead.

We must pray, fast, and ask the Lord to rise up men after His own heart and to purge His church of the Judas guild.

ALL executive director and STOPP founder Jim Sedlak emphasized that abortion is not a “policy issue”, it is murder:

The leadership of the USCCB needs to understand that abortion is NOT a “policy issue.” It is the murder of children created by God—the same God who founded the Catholic Church over 2,000 years ago. The same God they work for. And each child has a specific purpose. The Biden/Harris team has made it absolutely clear that they want to kill as many of God’s children as they can. The USCCB’s answer is to form a “working group”? Political entities run working groups. True shepherds take immediate actions to protect their flocks—including the preborn members of their flocks. It’s time the USCCB took immediate action to protect God’s children.