An Open Letter to US Senators

Home . Publications . An Open Letter to US Senators 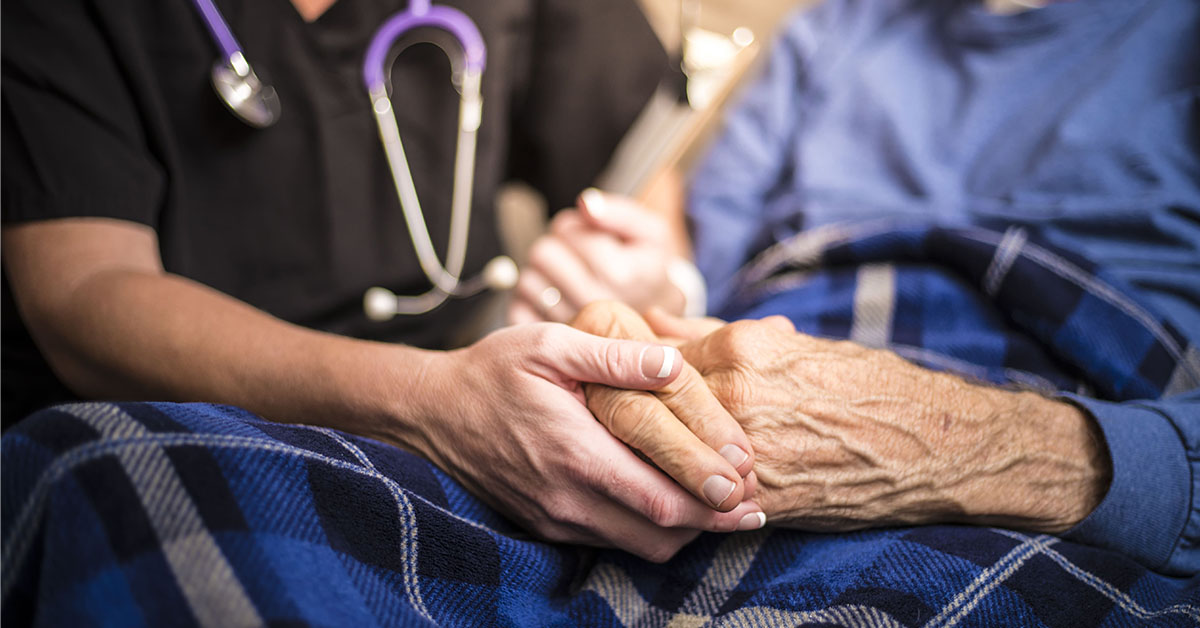 An Open Letter to US Senators

Below is an open letter from retired attorney and CPA Sara Buscher to our US senators regarding the Palliative Care and Hospice Education Training Act (PCHETA), S. 2080 (in the Senate HELP Committee) and related bill H.R. 647. Please take a few moments to read and then pass along.

Note: This article has been updated with a frequently asked question at the end.

I am a retired attorney and CPA who served on Governor Tommy Thompson’s task force on healthcare costs. I managed employee benefit programs for the state of Wisconsin and later at the University of Wisconsin. As a lawyer in private practice, I advocated for the elderly and disabled. I currently serve on the board of the Euthanasia Prevention Coalition – USA.

I urge you to object to this bill being “hot-lined,” oppose it, and vote against it. As an accountant, I know this bill is a rip off. In effect, it will help create a second tier of healthcare where people receive poorer care and are sometimes euthanized. The bill provides federal funding for palliative care medical education and a public awareness option for “selling” palliative care to patients and their families. Palliative care grew out of and includes hospice care. It provides an earlier pathway to hospice care.

Government funding is not needed. If enacted, the bill will cost the federal government $86 million over the next four years.[1] Palliative care has already spread rapidly.[2] Through 2006, the George Soros Open Society Foundations and the Robert Wood Johnson Foundation spent more than $200 million to develop and expand palliative care.[3] With philanthropic[4] funding, palliative care has grown to the point that more than 80 percent of US patients who are hospitalized for a serious illness have access to it.[5] Over 2017-19, $40 million is being spent to develop community programs for serious illnesses.[6]

We know that philanthropic funding did not stop when the bill failed to pass two years ago. During that time, palliative care has continued to expand. If enacted, this bill would replace philanthropic dollars with federal tax dollars. So, this bill would benefit those who want to reshape medicine for the rest of us according to their worldview.

If there are any savings, which is questionable as discussed below, providers would likely keep them. When the government pays a flat fee, as Medicare and Medicaid do for hospitalizations, the providers keep all the savings.[7] For example, if Medicare or Medicaid pays $20,000 per case, and the hospital spends only $13,000, thereby saving $7,000, the government still pays $20,000 and the provider keeps the $7,000. The same is true of all the managed care programs and hospice. Industry proposals would have Medicare pay for palliative care like it does for hospice with a flat daily fee.[8]

I am concerned that palliative care, like its older sister hospice, will not live up to its cost-savings hype. Palliative care researchers are claiming they can save end-of-life costs that hospice and advance care planning also claim to be saving. It just isn’t possible to save the same costs (use of intensive care units, reducing hospitalizations, and reducing aggressive care at the end of life) more than once.

READ >>  Victory Against Planned Parenthood: The End of Taxpayer Bankrolling for America's Sleaze Factory Is at Hand!

A study done for the Medicare Payment Advisory Commission (MedPAC) found Medicare hospice benefits have not lowered Medicare costs in the last year of life.[9] According to the consultant, some researchers showed that hospice saved money by picking time periods that compared apples to oranges.[10]

The HHS Office of Inspector General says hospices are defrauding Medicare of hundreds of millions of dollars by enrolling people who are not terminal and then billing Medicare at the highest rates.[11] Hospices are already using palliative care as a “loss leader” to enroll more patients into hospice earlier.[12] Hospices make more money by enrolling people who are not eligible for hospice as they need less care.[13] As a result, for-profit hospices are the most profitable Medicare-financed health service. Id. They expect palliative care to become as profitable.[14] Competition will drive out small nonprofit hospices.[15]

The PCHETA bill could erase Medicare fraud recoveries by extending palliative care, including hospice, to those with a “serious or life-threatening illness,” the definition of which is to be decided after enactment with input from hospice and palliative care insiders (bill section 4 creating section 904(c)(3)). If defined in a way that allows end-of-life hospice-like care to be called palliative care, it would legitimize enrolling the people who are now being fraudulently enrolled in hospice. Medicare spent $9.5 billion on hospice benefits for patients who outlived their terminal prognosis in 2016.[16] Nearly half of hospices are unsure they could pass a government audit, saying their biggest concern is their enrollment of people who are not terminal. Id. So, this bill could benefit those who game the system.

A government stamp of approval may hoodwink people

Palliative care can start alongside normal medical care and then eventually shift to hospice care without access to normal medical care. The HHS Office of Inspector General reported that people were inadequately informed about the consequences of enrolling in hospice, and some were placed in hospice completely without their knowledge.[17] In California, the Senior Medicare Patrol reported that elderly people living in their own homes were approached by nurses and sold housekeeping services that turned out to be Medicare hospice enrollment, leaving them without access to their medications and with unpaid medical bills.[18]

A government stamp of approval may lead more people to poor palliative care and in some cases, euthanasia. Last year, the HHS Office of Inspector General reported that hospice enrollees were receiving poor care.[19] More recently, HHS-OIG reported that 80 percent of hospices had deficiencies that posed risks to beneficiaries, with 20 percent jeopardizing patients’ health.[20]

Instances of patients being overdosed to unconsciousness until they die (this is called “palliative sedation” or “terminal sedation”) have increased, according to Duke University professor Farr Curlin, MD:

Many patients and their families don’t trust HPM [Hospice and Palliative Medicine] and are resistant to it. . . . These individuals tell stories about loved ones who declined slowly over time, fighting the good fight with the support and companionship of their family members and friends. When HPM professionals became involved in their care, their loved ones were put on powerful drugs, became unconscious and unresponsive, and were soon dead. These stories are clearly shared within communities and powerfully shape people’s perceptions of HPM, which many see as a sophisticated and seductive way of getting people to die.[21]

I was involved in a case where a family member authorized pain relief for her sister and was assured the staff would keep her warm in a snugly blanket because she was always cold. Three hours later, she was dead after massive repetitive doses of powerful drugs.

Clinical practices in palliative medicine regularly result in shortening lives.[24] In one study, 39 percent of physicians and nurses said they intended to shorten survival with medications and treatment withdrawals.[25] A survey of over 800 hospice and palliative care physicians revealed 45 percent would sedate patients who were not actively dying to unconsciousness and then withhold food and fluids until they died.[26] One-fourth of them said it did not matter to them how long the patient had to live. Id.

I hope you will do everything you can to kill this bill.

Question: Doesn’t the Senate bill protect people from being misled into hospice, from poor care, and from euthanasia?

Answer: The bill, at Section 5, includes two provisions that appear to protect against imposed death and euthanasia, but actually do not.

First protection:
“None of the funds made available under this Act (or an amendment made by this Act) may be used to provide, promote, or provide training with regard to any item or service for which Federal funding is unavailable under section 3 of Public Law 105–12 (42 U.S.C. 14402).” The law cited is the Assisted Suicide Funding Restriction Act (ASFRA).

Compliance with the Assisted Suicide Funding Restriction Act is not monitored and so, not regularly enforced. This was confirmed by Health and Human Services Office of Inspector General staff and congressional staff. In response to a Freedom of Information Act request, HHS-OIG said it could not locate any “records produced by the OIG that refers to the Assisted Suicide Funding Restriction Act, which prohibits the use of federal funds for assisted suicide, euthanasia and mercy killing.”

HHS, which administers Medicare, Medicaid, and the ACA, does not collect data to identify noncompliance with this law. The data HHS collects only identifies the patient’s diagnosis and the type of service provided (office visit, lab test, etc.), not the purpose of the service.

The Drug Enforcement Administration is the only agency that has data (all prescriptions of controlled substances) that could be used to regularly monitor for compliance with the Assisted Suicide Funding Restriction Act. It was barred from stopping doctors from prescribing drugs for assisted suicide by the Supreme Court in Gonzales v. Oregon, 546 U.S. 243 (2006). Congress failed to override that decision with legislation, twice. Thus, this alleged pro-life protection has no teeth.

If this Act were regularly enforced, it would only prevent the funding of modules about assisted suicide and euthanasia in a palliative care curriculum. If funded from another source, such a module could be part of the rest of a palliative care curriculum funded under the Act. For an example, see palliative.stanford.edu which includes a module entitled “Physician Assisted Death Training” and a podcast on “Voluntary Stopping Eating and Drinking.” Again, no real pro-life protection for the patient.

Second protection:
“As used in this Act (or an amendment made by this Act), palliative care and hospice shall not be furnished for the purpose of causing, or the purpose of assisting in causing, a patient’s death, for any reason.”

The second provision is so narrowly drawn that it has no effect. It applies to the furnishing of palliative and hospice care, but only under the Act. The Act provides for training in palliative and hospice care, not the furnishing of such care. The furnishing of care will occur after providers are trained, but that furnishing will not be under the Act. The only part of the Act where this language may apply is the public awareness program about the benefits of palliative care, where it could be used to deceptively reassure the public that no one will cause their deaths if they enroll in palliative care or hospice. Yet again, no real pro-life protection for the patient.

[3] Palliative Care Grantmaking Snapshot Report 2009 (data up to 2006) at page 4, available at amydwrites.com/yahoo_site_admin/assets/docs/Palliative_Care_Grantmaking_Snapshot_Report.13155115.pdf

[4] “Mr. Soros is now funding a project that focuses on the development of palliative care globally. We help govern­ments develop pain and palliative care initiatives and policies.” https://www.mskcc.org/experience/physicians-at-work/kathleen-foley-work

[8] See proposals via links at nationalcoalitionhpc.org/aahpm-pacssi-payment-model-ptac-results-a-win-for-patients-and-families.

[9] Spending in the Last Year of Life and the Impact of Hospice on Medicare Outlays (Updated August 2015), MEDPAC medpac.gov/docs/default-source/contractor-reports/spending-in-the-last-year-of-life-and-the-impact-of-hospice-on-medicare-outlays-updated-august-2015-.pdf?sfvrsn=0.

[12] hospicenews.com/2019/05/14/study-71-of-u-s-adults-have-never-heard-of-palliative-care/ A loss leader is a service sold below cost to attract more customers, who will then buy more profitable services. businessdictionary.com/definition/loss-leader.html

[13] For-profit hospices saw profit margins exceed 15 percent in 2012, according to a new report from the Medicare Payment Advisory Commission, known as MedPAC, which advises Congress on health policy. No other Medicare-financed health service was as profitable. huffpost.com/entry/hospice-report_n_­55b1307ee4b0a­9b94853fc7a. The 2016 profit margin was 16.8%. medpac.gov/docs/default-source/data-book/jun19_databook_entirereport_sec.pdf?sfvrsn=0 at p 190.

[21] Farr A. Curlin, MD, “Hospice and Palliative Medicine’s Attempt at an Art of Dying,” ch 4 in Dying in the Twenty-First Century, edited by Lydia Dugdale, MD, MIT Press 2015 at page 48.

[26] Plots created by Sahr N, PhD from data reported on in Maiser S et al., A Survey of Hospice and Palliative Care Clinicians’ Experiences and Attitudes Regarding the Use of Palliative Sedation, J Pall Med 2017 Sep;20(9):915-92.