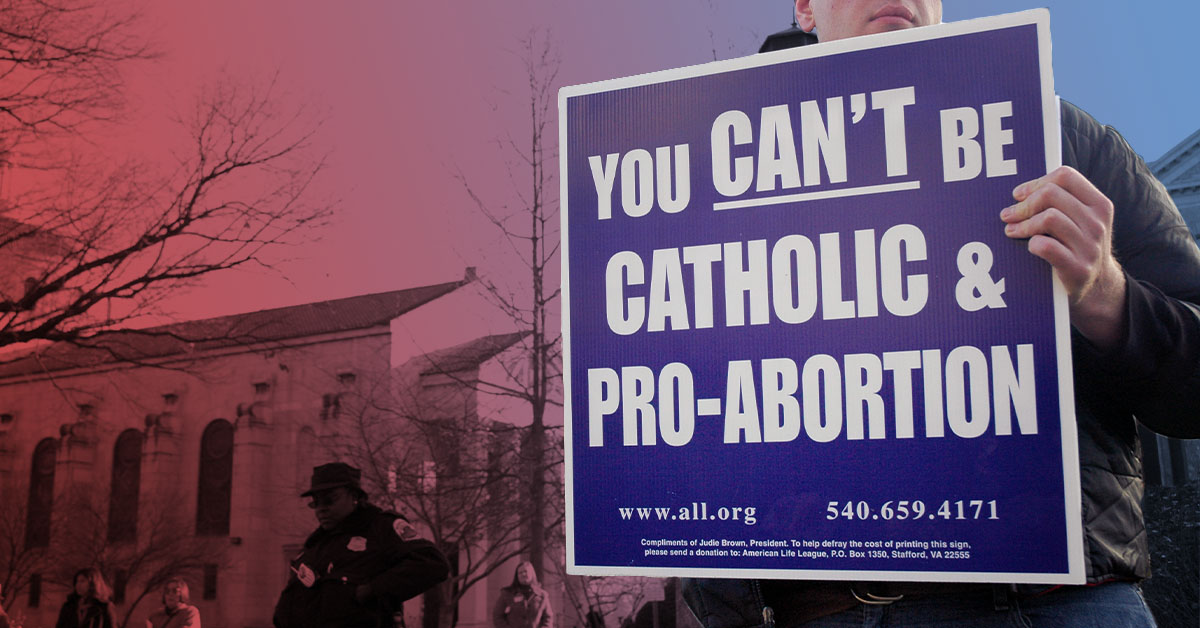 Brown: “Joe Biden has had 48 years to combat the greatest evil in the history of mankind, yet he has done nothing but empower and support death.”

Joe Biden was first elected to public office in 1972. Roe v. Wade legalized abortion in 1973. Since that time, 63,000,000 preborn children have died. Joe Biden has had 48 years to combat the greatest evil in the history of mankind, yet he has done nothing but empower and support death. Joe Biden is a founding pillar of the culture of death.

Today we witnessed another impostor Catholic—Cardinal Wilton Gregory of Washington, DC—embrace Joe Biden and treat him as if he were a god king.

But as is usual with the failed misery of America’s Catholic bishops, Cardinal Wilton Gregory embraced the devil with a kiss.

With a few notable exceptions—such as heroic men like Bishop Joseph Strickland of Tyler, Texas, and Bishop Joseph Coffey, Auxiliary Bishop for the Catholic Archdiocese for the Military Services—the faith established by Jesus Christ is dead at the position of leadership.

Wilton Gregory and Joe Biden would have you believe that Joe Biden is a practicing Catholic. He is not. He has not been a practicing Catholic for the last five decades. The Catholic Church teaches that abortion is murder. The Church teaches that those who directly participate in abortion are excommunicated. Joe Biden has vouchsafed abortion for 48 years. He provides the scalpel that severs the head. He provides the funding that pays the executioner. He protects murder veiled as choice. He is evil. He is false.

Wilton Gregory is worse—far worse. He is the wolf that dons the clothing of the sheep. He speaks in tired and twisted excuses while he belies his office through cowardice and deception.

The Catholic Church is built on the selflessness, sacrifice, and blood of the saints and martyrs. The bride of Christ does not exist thanks to the cowardice, appeasement, apostasy, and deceit of men like Wilton Gregory; it exists despite men like him.

Joe Biden, Wilton Gregory, CNN, and the other agent deceivers of the enemy will try to redefine Catholicism. But with the strength of the saints and martyrs from heaven praying for the faithful here in this place and time, their deceit will simply be remembered as yet another sad chapter in the failure of men who tried to destroy that which cannot be destroyed.

St. Michael the Archangel, pray for us.

Holy Mary, mother of God, pray for us.