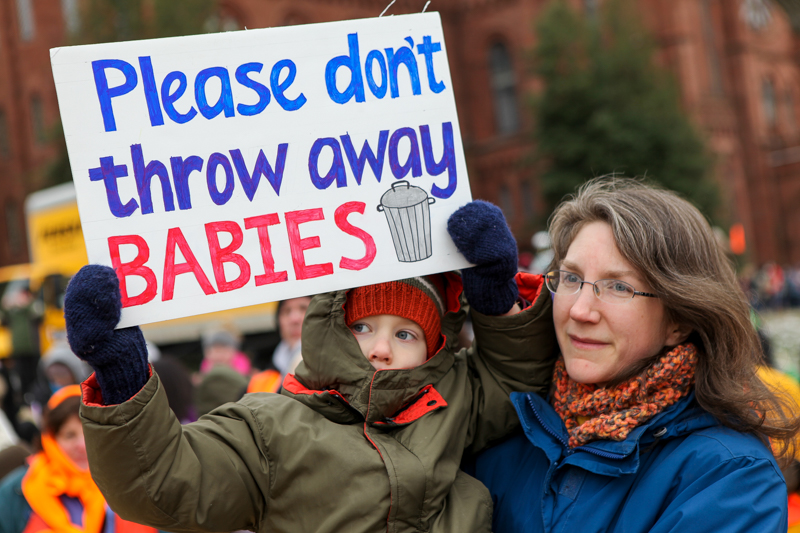 Lost in our national debate these past few weeks has been acknowledgment of one fundamental truth: Every human individual whose right to life is, according to the Declaration of Independence, an unalienable right, is equally important and deserves equal protection under the law. Without recognition of this fact, anything is possible, including violence, racism, and other expressions of hatred toward the human being—born and preborn.

For those who deny that preborn children—anyone who exists from the beginning of his biological development to his birth—are persons, the problem of violence has already taken root. Regardless of the politically-based Roe v. Wade decision and its partner Doe v. Bolton, truth and science do not change. Yet American law sanctions millions of killings by all manner of abortion every year.

And that is how our society has arrived at this place of violence and moral insanity today.

We have not only forgotten that our nation was founded by men who recognized the power of God as Creator and knew that man can only “change” or “develop” something that already exists, we have denied it. In our haste to put ourselves first, we tossed God aside. Yet the Word of God does not change: “I beseech thee, my son, look upon heaven and earth, and all that is in them: and consider that God made them out of nothing, and mankind also” (2 Mac. 7:28).

So why is it that in our present age even religious leaders like the Catholic bishops in our nation have forgotten the fundamental reason why we are confronting so much evil? Have they forgotten the warning of Archbishop Fulton J. Sheen, who said: “Why is it that so few realize the seriousness of our present crisis? Partly because men do not want to believe their own times are wicked, partly because it involves too much self-accusation and principally because they have no standards outside of themselves to measure their times. Only those who live by faith really know what is happening in the world.”

Oh, how our nation could benefit from that kind of wisdom right now! 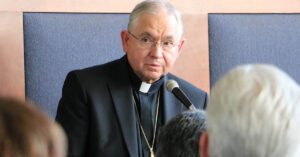 Reflecting on the death of African American George Floyd, United States Conference of Catholic Bishops president Archbishop Jose Gomez stated: “Racism has been tolerated for far too long in our way of life. . . . We should not let it be said that George Floyd died for no reason. We should honor the sacrifice of his life by removing racism and hate from our hearts and renewing our commitment to fulfill our nation’s sacred promise—to be a beloved community of life, liberty, and equality for all.”

But how do the people of God do that if we have forgotten the millions of preborn babies—one-third of whom are black—who have been brutally murdered under the law in this nation?

George Floyd did not die in a vacuum; he was another victim of our violent culture’s inability to respect every human person equally, beginning with those individuals who are preparing to be born.

It is not racism that is tolerated in this nation, it is murder. Pure and simple. As our nation has stood by and witnessed the deaths of millions of people who are not yet born, we have succumbed to that terror Sheen spoke of and about which Fr. Dwight Longenecker wrote when he said that racism is “a sin because it denies the essential dignity of the human person created in God’s image who therefore has equal dignity before God.”

And there you have it. America has tolerated murder; America has forgone the moral duty to respect human dignity for every person without exception. And it is that bloodlust that is killing souls, people, families, and even the nation as we know it.