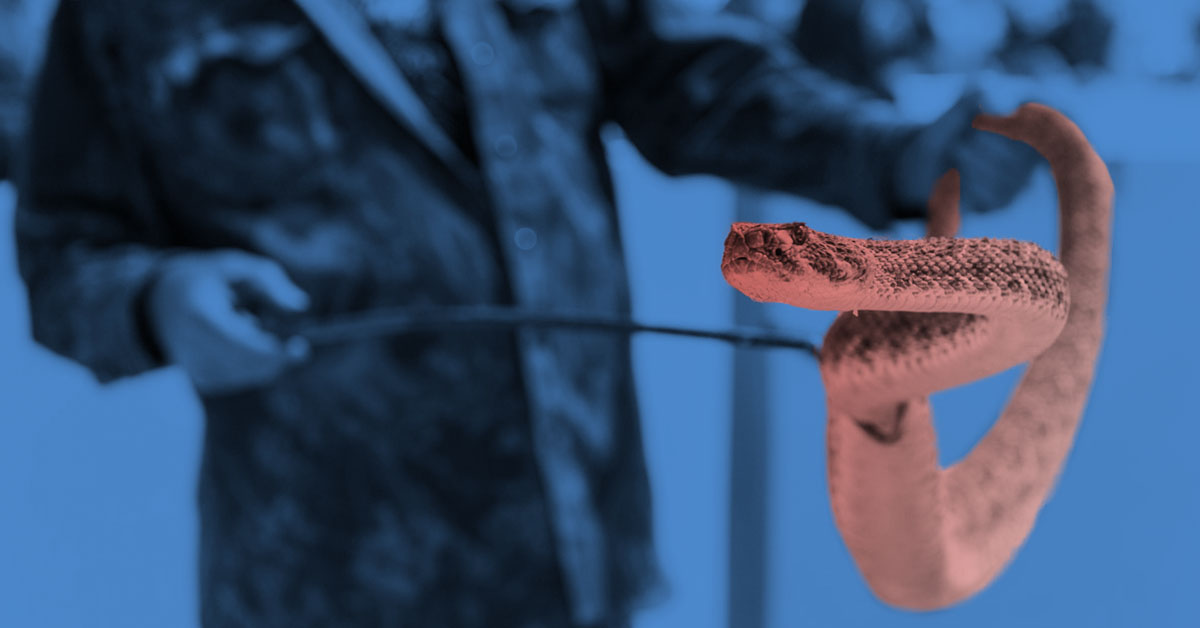 Venom is a toxic substance produced by some snakes and bees, among other creatures; it can and does have a lethal effect. But venom is also a spiteful, malicious feeling often called hatred or malevolence.

It is a sad but true thing that those who advocate for the aborting of preborn children are not only filled with hatred for the innocent but also poison the minds of others. They overflow with venom. Such people are able to do this with absolute impunity because they have the wimpish corroboration of the media, of educators, and of far too many elected officials, church leaders, and others in positions of authority.

It is a sad but true thing that those who advocate for the aborting of preborn children are not only filled with hatred for the innocent but also poison the minds of others.

This motley crew comprises a death squad. Their venom has poisoned the well that once provided truth, justice, and reason to the public at large—especially our families. That is how the devil works.

We have witnessed many examples of this virus in the past seven days. We can begin our exploration of how the disease spreads in Kentucky, where a female abortion doctor wrote that she is concerned about a recent state law, H.B. 2, that

“mandates that I display an ultrasound to every abortion patient, describe it in detail, and play the sound of the fetal heartbeat—even if the patient does not want it, even if in my medical judgment I believe that forcing it on them will cause them harm.”

Ashlee Bergin makes her living killing the innocent, and she is concerned that her patients might find out they are actually mothers with babies who are about to die!

READ >>  Compelling the Living to Die

Forrest Smith, MD, another OBGYN who has been performing abortions for decades, recently testified during the Center for Medical Progress hearings involving charges that have been brought against David Daleiden and Sandra Merritt. Smith said in sworn testimony:

“There’s no question in my mind that at least some of these fetuses were live births,” saying that the Planned Parenthood way of having the preborn child killed is among the most controversial of abortion methods.

In Washington, DC city council member David Grosso is working to protect “the civil rights of its residents” by offering for a vote the “Strengthening Reproductive Health Protections Amendment Act of 2019.” This proposal

“seeks to, among other things, prohibit the criminalization of self-managed abortion and will protect health care professionals against employment discrimination based on their participation in providing abortion care.”

In addition, we see that this news reporter at AFRO.COM believes killing the preborn is a civil right that must be protected by laws that discriminate against the baby—not the abortionist or the parent of the baby destined to be killed by abortion.

The irony could not be more stark! But it is another sign of the way the venom has seeped into the nooks and crannies of news reporting agencies committed to telling but one side of a story about acts that kill children before they are born.

Amnesty International concurs, reporting that “anti-abortion laws are an attack on our right to live with dignity and decide what happens to our bodies.”

READ >>  The Language of Life

So while Nancy Pelosi, the queen of the pro-abortion Catholic brigade, tells her mob that bans on abortion “ignore basic morality,” we understand that when the venom has done its job, the toxic words and actions that result are designed to be deceptive, murderous, and cruel beyond anything imaginable.

This is why we fight. We mourn the death of each preborn child; we stand up for them at every turn and in every venue available to us. We strive to cure the poisoned well with the waters of honesty and reason.

We do this because, as Archbishop Fulton Sheen so wisely proclaimed,