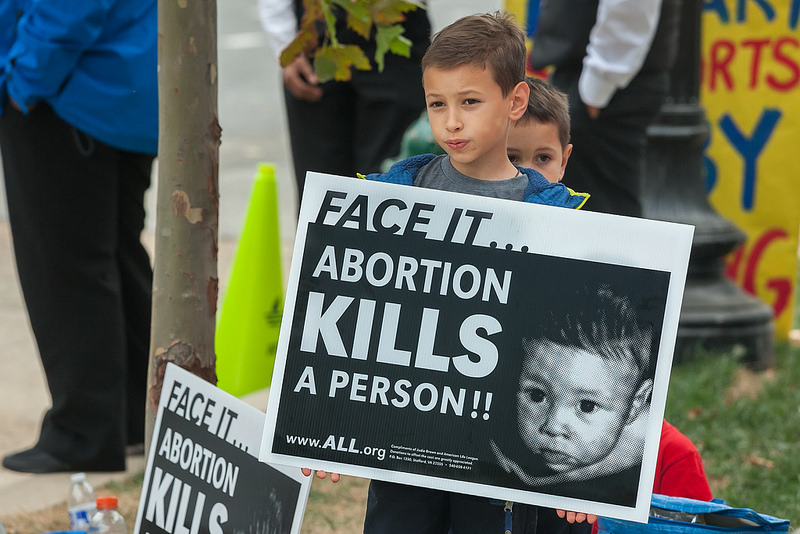 Did you know that, in Ohio, a young couple is being charged with a felony “after they allegedly induced the delivery of their 29-week-old preborn baby boy using a type of abortion pill, intentionally causing his death”? After the couple killed their preborn baby, they hid his body in a shoebox.

Abortion kills people. Reading this story forces us to confront the fact that, in today’s society, individual human beings are deemed worthless by far too many. After more than two generations of decriminalized abortion, what else can our once-civilized nation expect?

This is why we have chosen to dig into pro-life history and share nuggets of wisdom that help us understand why every innocent human being is worthy of our respect and our protection. While much of this is not on the Internet, the facts are consistent and help us see that science does not change.

On June 29, 1967, James H. Ford, MD, who later became a founder of American Life League, appeared on the Joe Pyne radio show. In his prepared remarks we find this:

I will give $1,000.00 to the first person who can bring scientific proof from an accredited university in this country to refute that statement or its scientific, factual basis.

Over the years not a single person came forward to challenge Dr. Ford, because nobody can!

On December 27, 1971, the Modern Medicine magazine published a letter by Dr. Ford in which he quoted Nicholas J. Eastman, “who approves of abortion as a means of population control and therefore cannot be considered to be, in any way, biased against it.”

Eastman stated in July 1967: “In other branches of medicine the objective of the physician is invariably to preserve life. Only in obstetrics is he asked from time to time to destroy life.” In his comments he explained that ever since the days of the Roman Empire, the preborn child has lacked the protection of civil law.

Bernard N. Nathanson, MD, wrote in the New England Journal of Medicine in 1974 about the continuous spectrum of life from its beginning to its end, saying: “Abortion must be seen as the interruption of a process that would otherwise have produced a citizen of the world. . . . Denial of this reality is the crassest kind of moral evasiveness.”

From Ford to Eastman to Nathanson we see three doctors who knew and understood early on that the act of abortion was not a simple surgical procedure, but rather an act of killing. So we have to ask why is it that today so few have the moral courage to state this plainly and without apology.

Learning from history requires the ability of the individual to distill the truth in the midst of the propaganda barrage. We do this by travelling the pro-life highway paved long ago by others. We will find it leads us all the way back to ancient times.

In fact, in 197 A.D. Church father Tertullian taught the same truth, writing: “To hinder a birth is merely a speedier man-killing.”

Even though Tertullian did not have access to current science, such as the Carnegie Stages of Human Development published in 1942, he acknowledged that direct killing is always wrong no matter where it takes place—before or after birth.

We believe that history obliges us to enlighten ourselves and others. After all, “Those who don’t know history are doomed to repeat it.” That little baby boy whose body lay lifeless in a shoebox proves that this is so.

Today, after millions of babies have lost their lives, it is long past time America learned the simple truth: Abortion kills people.