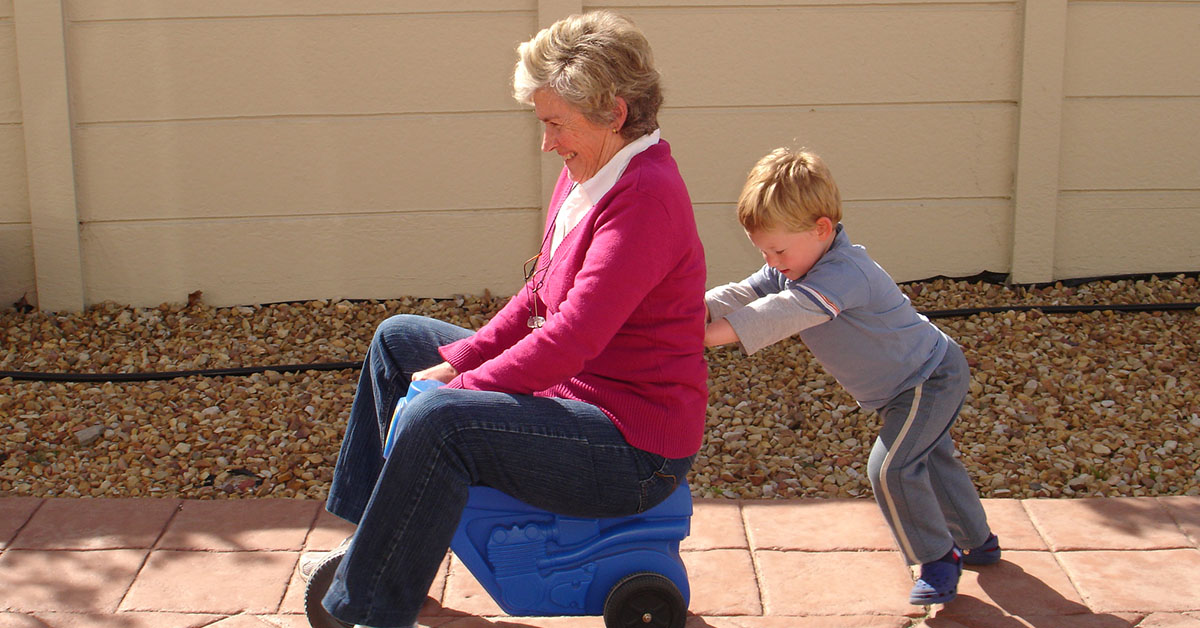 She arrived at our front door holding only a few trash bags filled with her clothes and toiletries. She was 19 at the time—very beautiful with large brown eyes and gorgeous olive skin. She was also eight months pregnant and homeless. I wanted to throw my arms around her and promise that no one would ever hurt her again, but I knew enough to take it slowly.

I am not a saint. Like many, I struggle to spend quality time with the Lord. I put off reading my Bible. I hesitate to share my faith. But when a couple shared the details of their pro-life ministry (called Life Movement) at our church and told us about the current teen they were trying to help, my husband, Bob, and I both felt the tug of the Holy Spirit that said “your turn.”

Amanda (not her real name) moved in over Thanksgiving weekend. We live in a small home with not much wiggle room. Luckily, we do have two bedrooms and two baths, so she had some privacy, but having a third person around all the time was a huge adjustment. However, the first month was like a holiday for all of us. We loved spoiling Amanda with shopping trips for new clothes for both her and the baby, who was due in January. As Christmas approached, we piled gifts under the tree. We had other company as well, as Amanda’s best friend (with her newborn daughter) stayed for the weekend frequently.

On January 5, Natalie (not her real name) was born, and our lives changed forever. Amanda tried to be a good mom, and my husband and I quickly bonded with this adorable child who stole our hearts with just a single look. For a few months we all lived in relative peace as Amanda slept a lot and played with her infant.

Soon, however, it became apparent that she was content to cruise through life and let others support her. This story is not about the bad girl who comes to Christ and lives happily ever after. This is real life, where you try to be obedient and let God take it from there. We ended up being manipulated and unappreciated. But, ask any missionary—home or abroad—if he has experienced rejection, and he will tell you that he is not always welcomed with open arms!

One of the most hurtful episodes occurred when Amanda lied and said I had not given her a baby shower. She then sold the Target and Walmart gift cards that my friends from around the country had sent her and used the money she got to buy cigarettes.

If only Amanda were involved, this tale would have had a quick ending. But Natalie changed everything. When I was in my late 30s and still not married, I heard the loud ticking of my biological clock. Sitting in church one day, I heard my Lord whisper: “Can you be like Abraham and sacrifice your very desire for a child?” I thought I was being overly dramatic until five minutes later my pastor’s sermon centered around, you guessed it, Isaac on the altar.

Fast-forward a few years until I FINALLY got married at 46. Bob had three adult children, so I inherited one grandchild, and during our life together we gathered eight more. I knew the Lord had honored my decades of prayer for a family. But I hadn’t realized that deep inside I still felt cheated because I had missed out on those mommy years. Now, as I approached 60, I had a baby in my house and had the pleasure of diapering and burping and rocking and staying up many nights when Amanda was off with friends. I felt like Sarah, who had given birth at an old age. I often thought to myself, God changed her name from Sarai; I wonder what my new name in heaven is. I wish I could go back in time to that 30-something Janan and tell her, “Shh, don’t cry, God has a plan you won’t believe.”

Eventually Bob and I had to make the hardest decision in our life together. The Life Movement was designed to help young women who choose not to abort by offering practical help so they can get on their feet and be responsible citizens. Our houseguest was completely uninterested in doing anything for herself. She flat out stated she would not get a job because the government was paying her. I also heard through the grapevine that she was confident that we wouldn’t kick her out because of the baby. Bob and I were torn and agonized over what to do. Ultimately, we knew that, without consequences, Amanda would never have the chance to grow up. We set a deadline for May 1 and stuck to it. Mother and four-month-old daughter moved out. I cried myself to sleep for many, many nights worrying about Natalie’s well-being.

That season lasted for two months. Amanda ended up abandoning her child in early July. Natalie was covered in feces, and her car seat was saturated with urine. She could barely crawl. Amanda left her infant with the couple who had adopted her as a teenager. They had always tried to help her, but Amanda treated them in much the same way she treated us. This incredible couple became Natalie’s legal guardians. They love her unconditionally and are raising her as their own, but they still need help with childcare. So once again my house was filled with the joyous laughter of a little girl.

Natalie is now three going on 20. She is incredibly smart, gorgeous, funny, and bold. Her guardians have raised her to be well-mannered and thoughtful. We still get frequent visits for a few days or even a week at a time. She has brightened our lives immeasurably. We have not stopped praying for Amanda (who has had another child since and is currently pregnant again) to acknowledge Jesus’ passionate love for her. We believe that the seeds we planted will bloom one day. In the meantime, her little one is learning to pray and sing to Jesus.

Through it all, we have faith and understand that God’s ways are often not our ways. I would have written this chapter of my life differently. I would have included a fairy-tale ending. But life is not always like that. Yet, there’s one thing I am sure of: Obeying that still, small voice was the best decision I ever made. Natalie recently asked me: “Are you a mommy?” I said, “No, I never had any children.” She said, in sort of a “duh” tone of voice, “I am a children, so you are a mommy.” I know Jesus used her to tell me His heart.

Life Movement was founded in 2011 to answer this question: “What would a pro-life ministry that walked out the love of Jesus look like?” Its members “mobilize the church to support pregnant moms in three main areas: spiritual support, material support, and housing.” Life Movement has no overhead and no office. The organization operates by creating an e-mail list of those who are willing to step up and help when needed. It might be to buy diapers, to have coffee with a young girl, or to offer assistance with transportation. It is an extremely effective model to reach women who think that no one cares about them. For more information, or to find out how you can help, contact [email protected]

Janan Terpstra lives in Hudson, Wisconsin, with her husband, Bob. She has a master’s degree in theology, served as a missionary in an urban Chicago church for four years, has worked on and off as a professional actress, and is the author of A Future and a Hope: Encouragement for Single Women.

This article, and others like it, can be found at clmagazine.org/topic/pro-life-champions/a-modern-sarah.