A Cheerleader, an Abortionist, and Dead Babies

Home . Publications . A Cheerleader, an Abortionist, and Dead Babies 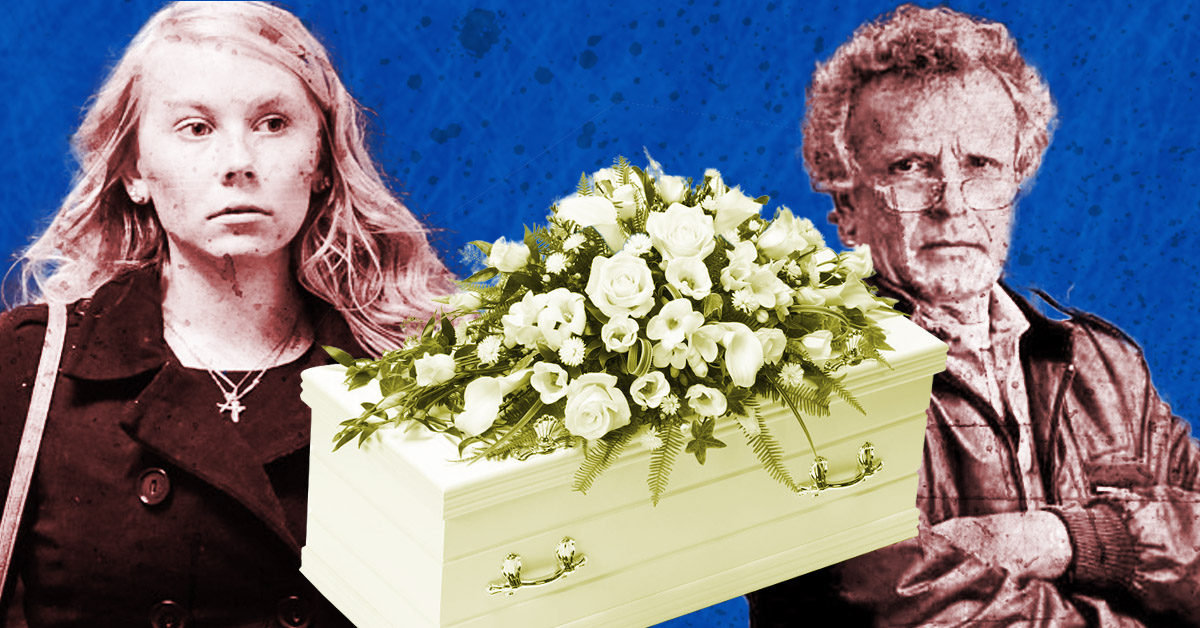 A Cheerleader, an Abortionist, and Dead Babies

In America’s disposable culture, it is not exactly shocking to learn how macabre words and actions can deceive.

Cheerleader Brooke Skylar Richardson was 18 and pregnant in 2017. But something went terribly wrong, and her daughter wound up dead. Richardson was initially accused of burying her baby alive in the backyard of her parents’ home, though she pleaded “not guilty.” However, Richardson said the baby was stillborn and she tried to burn the baby’s body. Forensic evidence showed that the baby had indeed been burned, but prosecutors say she killed the baby and then burned her before burying her. In the end, the truth about this little girl’s grisly death would not matter to a judge. Two years later, on Thursday of last week, a jury found Richardson “guilty of abusing a corpse” but not guilty of “murder, involuntary manslaughter and child endangerment.” The judge sentenced her to seven days in jail, which she had already served, so Richardson was allowed to go home.

Though the judge in this case did say that Richardson had a “grotesque disregard for life,” it’s obvious that the sentence did not fit the crime! However, this is America, and preborn babies these days—including those who are born alive—mean little.

We see further examples of how little preborn babies mean in our country in two other states. In North Carolina, the governor vetoed a bill that would have required medical care for babies born alive after abortion. Sick and disturbing, but another example of the political status quo in America.

In Illinois, family members of a deceased abortionist made a gruesome discovery last week of 2,246 preborn baby cadavers medically preserved in the man’s residence. This report should have rocked the media loose from its rabid endorsement of aborting children prior to birth, but sadly, it did not.

This discovery in the home of deceased abortionist Ulrich “George” Klopfer, who lost his medical license a few years ago, exposes the real violence committed by such practitioners. According to a 2016 Indiana Medical Board report, Klopfer “didn’t give pain medication to all women—only those under 16 and those who could pay extra. And when he did sedate women he didn’t have qualified staff to monitor them and didn’t follow best practices for administration of the drugs and emergency procedures.”

Klopfer’s history of shoddy medical practices was long and gruesome, and evidence of this continued even after his death.

Finally, during Congressional hearings on the Born Alive Infant Protect Act, Congressman Chris Smith told of a sick and evil occurrence in a Florida abortion clinic: “Sycloria Williams delivered a live baby girl at 23 weeks. The clinic owner took the baby who was gasping for air, cut her umbilical cord, threw her into a biohazard bag and put the bag in the trash.”

Another ghoulish example in the long list of ways the culture disposes of its alleged problems—babies wanted and loved by God, but trashed by human beings.

One fact remains, and that is this: Whether preborn baby bodies are buried in the yard, preserved in jars, treated like trash, or simply ignored as though they were not human beings, justice in America no longer exists.

No matter the words, the inhumane laws, or the dastardly deeds, a baby is baby whether she is a single cell, born alive, or killed during birth. This is why St. John Paul II wisely counseled:

Really, what we have here is only the tragic caricature of legality; the democratic ideal, which is only truly such when it acknowledges and safeguards the dignity of every human person, is betrayed in its very foundations: “How is it still possible to speak of the dignity of every human person when the killing of the weakest and most innocent is permitted? In the name of what justice is the most unjust of discriminations practiced: some individuals are held to be deserving of defense and others are denied that dignity?” When this happens, the process leading to the breakdown of a genuinely human co-existence and the disintegration of the State itself has already begun.

A cheerleader, an abortionist, a governor, and a clinic owner: All have the blood of preborn children on their hands. Babies killed by this callous disregard for human dignity expose cultural disintegration happening before our very eyes.

Help stop the madness! Save the baby humans.