A Challenge to Pro-Life Pilgrims 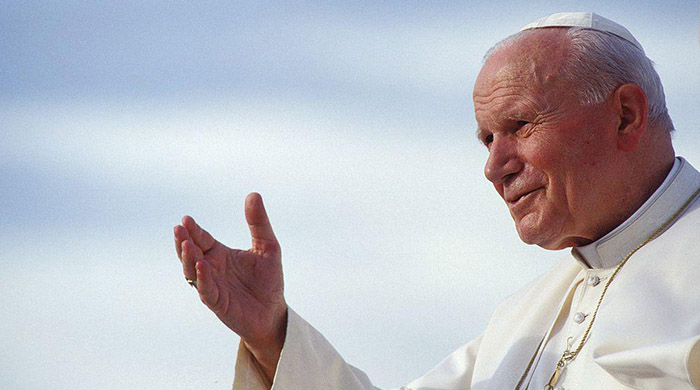 A Challenge to Pro-Life Pilgrims

A mother’s love, a pope’s commitment, and us. This is a recipe for success if only we take some time to think and pray about where we are in our struggle to stop the killing of God’s children, to end the hatred of the innocent, and to build a culture of life.

Recall these prophetic words spoken by St. John Paul II in a homily delivered one year after he was shot and presumed to be fatally wounded. That date and that very hour were on the Feast of Our Lady of Fatima, so it was fitting that one year later, as he stood before the crowds, he would say:

In the light of a mother’s love we understand the whole message of the Lady of Fatima. The greatest obstacle to man’s journey towards God is sin, perseverance in sin, and, finally, denial of God. The deliberate blotting out of God from the world of human thought. The detachment from him of the whole of man’s earthly activity. . . . The eternal salvation of man is only in God. Man’s rejection of God, if it becomes definitive, leads logically to God’s rejection of man (cf. Mt. 7:23; 10:33), to damnation.

We are on a quest to build a culture of life, but the culture of death is on a mission to stop us at all costs. Thus, Saint John Paul II’s explanation of the obstacles that confront man are very real in our world today. We know that aborting a child is a “serious and dangerous crime” against God and the human family.

READ >>  Victory in Iowa, Building a Culture of Life

The deadly actions of the adversaries of the innocent are visible signs that God has been rejected by those who foster, promote, and commit such heinous practices.

Imagine the deceptive rhetoric contained in headlines such as “How a Discredited Anti-Abortion Group Used the Anti-Choice Media Ecosystem to Do Its Dirty Work” or “Who Should You Listen to on Abortion? People Who’ve Had Them.” In the first we see the tar and feather brush of Media Matters as it paints the investigative journalism of David Daleiden and the news outlets reporting on his work as lacking all credibility. This is the kind of malarkey one must expect from such a bastion of abortion advocacy. The New York Times, on the other hand, cleverly uses the writings of a woman who aborted her child to convey the message that those who work to stop abortion or curtail this act of killing in some way are going to—if they prevail—make your quest for abortion risky. She writes that anti-abortion government policies “aim to bring about an end to abortion; but history has shown us there’s no such thing. Abortion will continue. The only question is whether it will be safe or unsafe.”

This piece, like most in the New York Times, does not talk about the baby who is never safe during an abortion. After all, that baby is the target, and the goal is to kill him. The central disagreement is that we know God is the Author of Life, while our opponents do not agree. They despise God and His truth. This is why it is incredibly important for each of us to confront the reality that this is a spiritual battle. This is a struggle between God and Satan, between good and evil. And this is why we pro-life pilgrims must stay the course.

These moving words of Pope Benedict XVI say it far better than we can:

Christians long for the entire human family to call upon God as “Our Father!” In union with the only-begotten Son, may all people learn to pray to the Father and to ask him, in the words that Jesus himself taught us, for the grace to glorify him by living according to his will, to receive the daily bread that we need, to be understanding and generous towards our debtors, not to be tempted beyond our limits, and to be delivered from evil (cf. Mt 6:9-13).

Let us pray for the courage to preach and teach this message always. This is the challenge to pro-life pilgrims!

Join American Life League as we defend the truth by teaching it with our Culture of Life Studies Program, by showing others how to live it with our Life Defenders program, and when arming others for battle with our Stop Planned Parenthood International program.